EACH INDIVIDUAL COLUMN WILL SUPPORT A PART OF THE COMMUNAL ROOF

Building permission for the 1.800 sq metre-size hall was already approved in 2017, and the first phase of construction began in autanumn 2019. Due to the building site of the STOA169 being situated upon hitherto agriculturally used grounds, preliminary structural measures are required that shall be planned and implemented in harmony with nature.

Approximately five percent of the 35.000 sq metre meadow plot west of Polling have been developed for the location of the columned hall: to this purpose, the soil was removed and a permeable, stabilising layer of shingle was laid on the remaining undisturbed ground. On top of this, a concrete foundation was poured that, in turn, holds tubing to keep the pillars in place.

The objective of minimising any interference with nature was rigorously implemented in the planning phase of construction: through the method of the modular system, no part of the floor has been sealed; rather, rainwater is able to completely drain through recesses set in the floor panel. Each individually braced column independently carries a portion of the entire roof; lastly, roofing tiles have been fitted that have rectangular recesses, thus allowing light to reach into the interior of the STOA169 hall. Rainwater will likewise be diverted through these openings down to the floor in order to seep into the suitably prepared subsoil.

Pursuant to Bernd Zimmer's initial concept, that the STOA169 should be perceived in contrast to, as well as in harmony with, the surrounding natural environment, the immediate area will cease to be intensively farmed and instead receive an ecological upgrade.

The revegetation plans, which were presented in May 2019 by an independent planning office, envision a biodiverse, transitional meadow, one that would provide a habitat for bees and other insects, and also involve the planting of indigenous trees and shrubs suitable for the area.

The columned hall is only accessible by foot, either through a ten minute walk along the path from the car park on the outskirts of Polling or via the nearby Roßlaichbrücke, which leads across the Ammer river at the connecting road to Peißenberg. 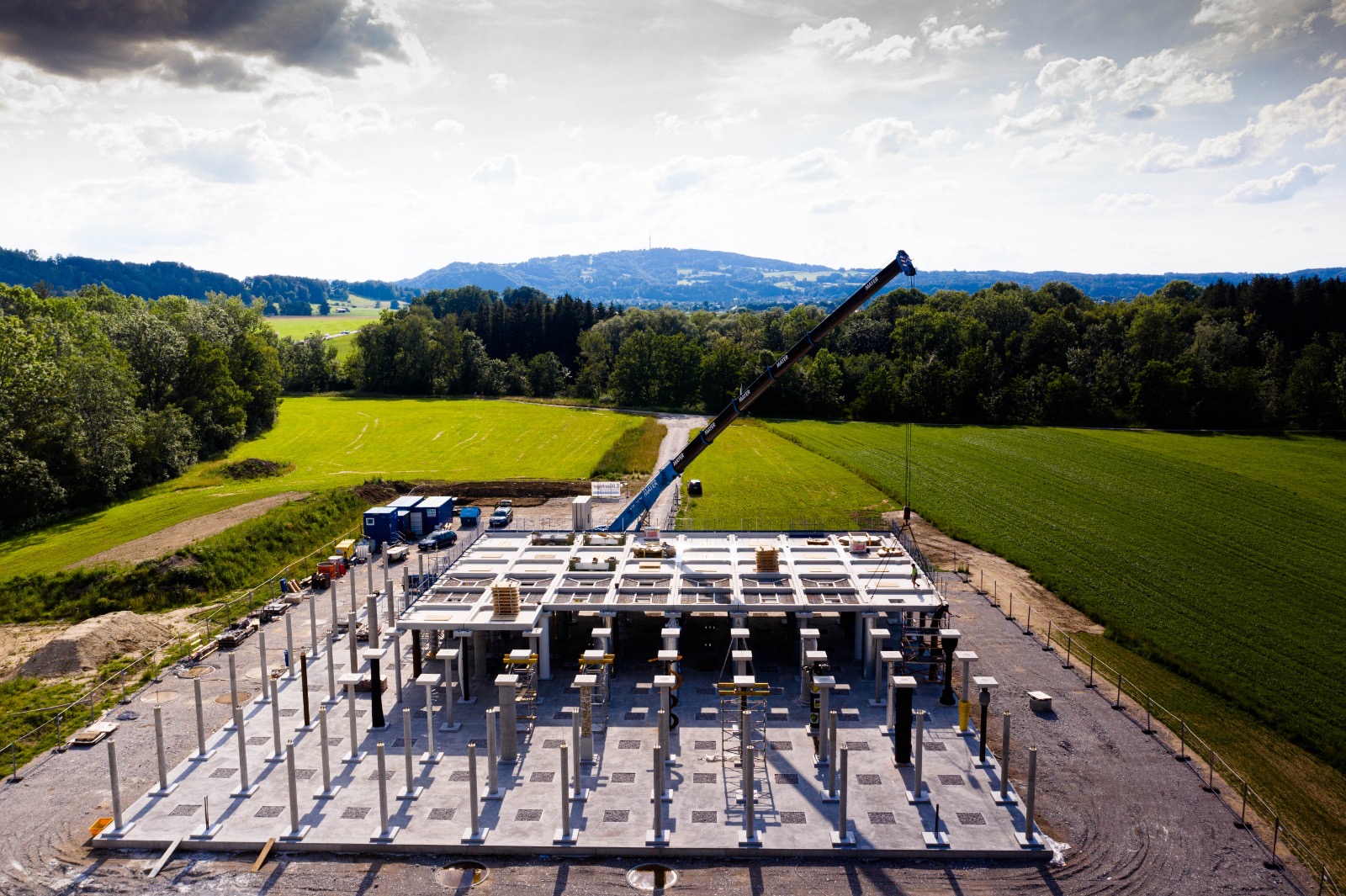