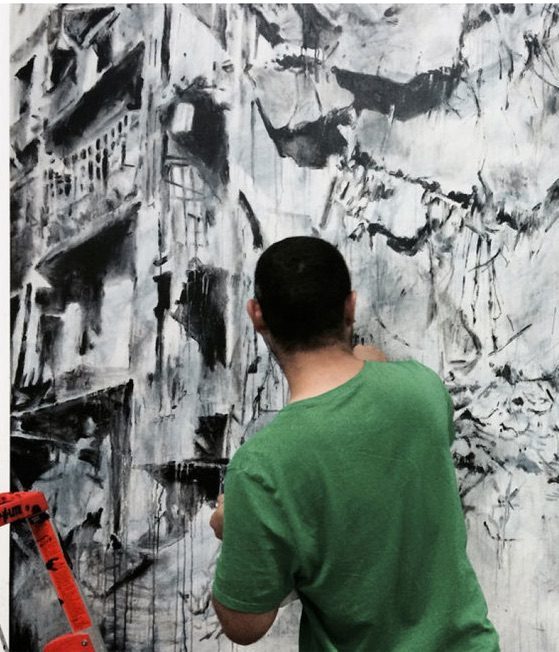 Tammam Azzam was born in Damascus, Syria. He started painting at the age of 10 and subsequently went on to study Fine Arts at Damascus University specialising in oil painting. While living in Syria Tammam combined his fine art work with a prolific graphic design career, an experience which came to inform his artistic response to the conflict that engulfed his homeland. In 2011 Tammam was forced to leave Syria and relocated to the UAE. Having lost his studio in Damascus, he found himself looking for new ways to create art and express his feelings about the loss of his home country. Tammam used his understanding of graphic design to create the digital art pieces that would gain him a worldwide recognition. He used images of the destruction in his homeland to create viral images juxtaposing the violence of the Syrian war with masterpieces from the classical European canon, posing questions about the nature of beauty, global inequality and the changing role of the image in the digital age. Works such as Freedom Graffitti was widely shared on Social media and became iconic images of the Syrian revolution. In 2016 Tammam relocated once again, this time to Germany beginning with a residency at the Institute of Advanced Studies in Delmenhorst. That was a start of a new artistic phase exploring new materials and techniques. Tammam’s recent work employs both painting and collage, riding the barrier between figurative and abstract art.