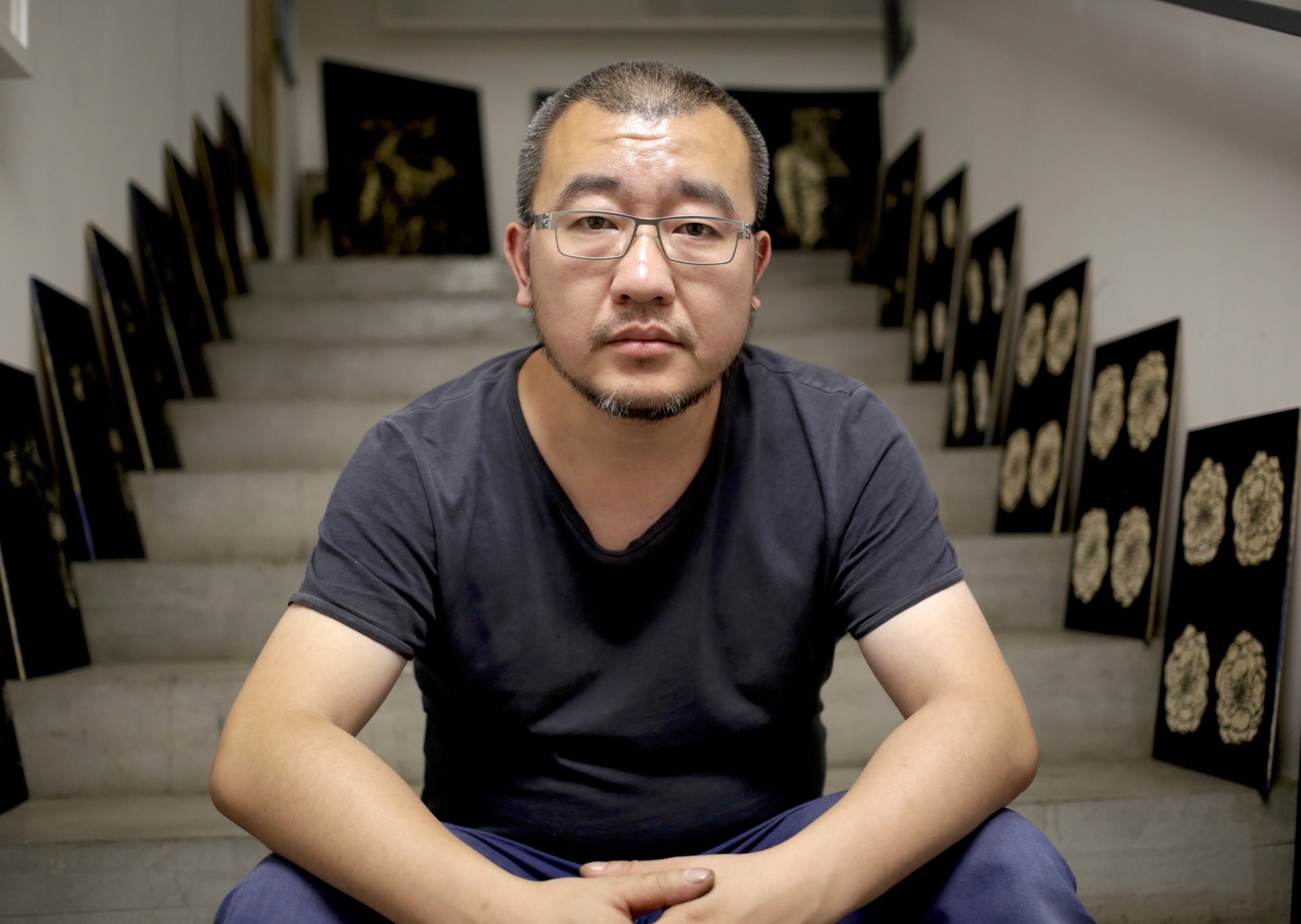 Sun Xun graduated from the Printmaking Department of the China Academy of Art in 2005. In 2006 he established π Animation Studio. As a representative artist for Chinese new media art, he soon received recognition through domestic and international exhibitions and awards. His animation works have been nominated at the Berlinale and Venice International Film Festival (among many others).

Sun Xun’s visual language consists of dark and intense hand drawings in a metaphoric imagery and dreamlike narrative. In recent years, Sun Xun has used new media technology as a point of origin to explore more possibilities within the expansive realm of visual art: with respect to his animated films he explores narrative methods using diverse mediums such as newspapers, book pages, woodcut print, Chinese ink, pigment powder. Thus he succeeds in receiving non-linear expressions of time and space and inquiring into both realistic and fantastical representations that are based on his own understanding of society and sociological theories. Different levels, such as reality and fantasy or presence and history, are continuously seen in Sun Xun’s work.

is oeuvre mainly consists of drawing and short animation. Individual cell drawings and other mixed media works are often shown alongside his films. “21 KE”, “Magician’s Lie” and “Requiem” feature a key protagonist: a magician dressed in a black suit with a high top hat. The magician is in search of another world, probably a utopia. Over the course of this character’s expedition, the sequences are dreamlike and apocalyptic. Sun Xun’s works explore themes of societal development and revolution, referencing theorists, such as Karl Marx, Theodor W. Adorno and Max Horkheimer.