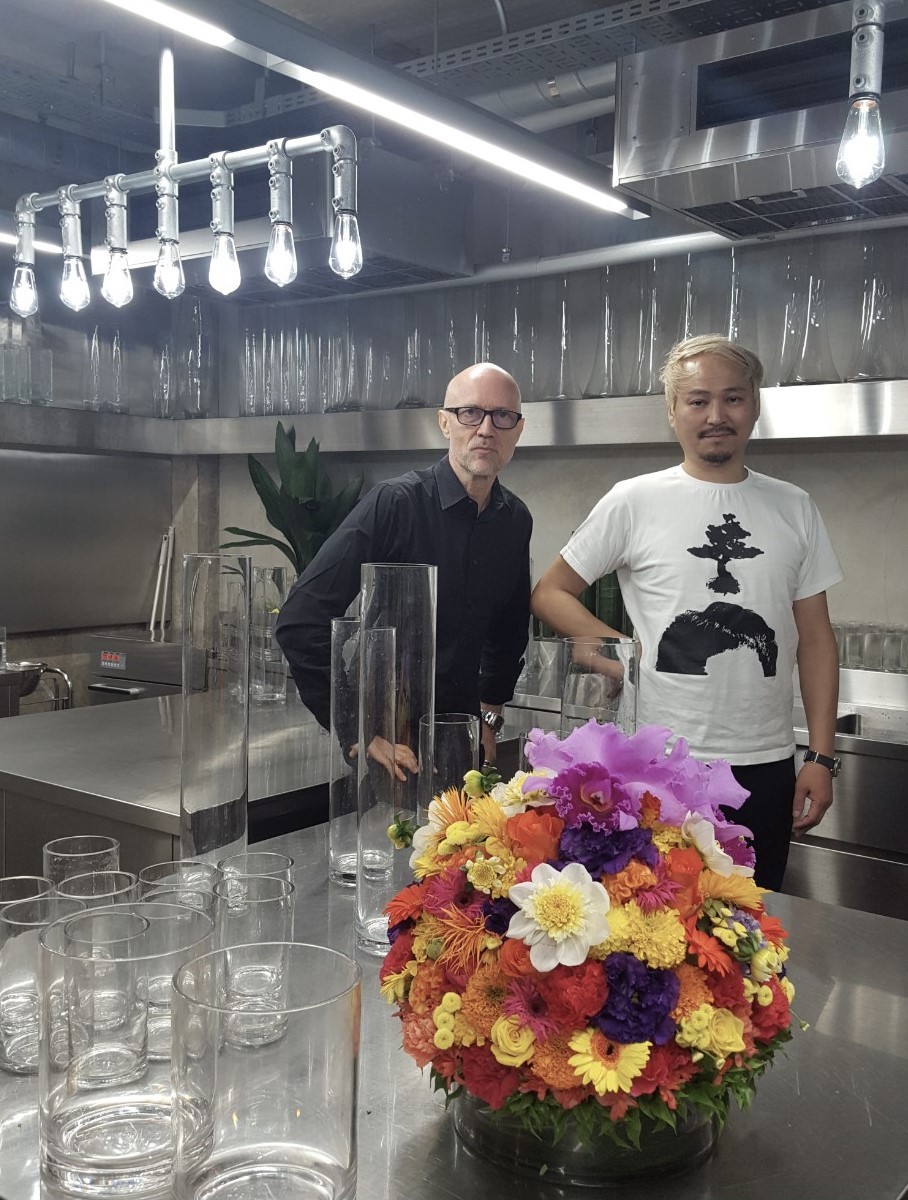 Makoto Azuma, born 1976 grew up in Japan. In 2002, he opened his first haute-couture floral shop “Jardins des Fleurs” in Tokyo’s Ginza district together with Shunsuke Shiinoki. Three years later he started to experiment with plants, to transcend the boundaries of traditional flower arrangements (Ikebana). This became the foundation for a series of art works he calls “Botanica Sculptures”. 2009 he launched AMKK (Azuma Makoto Kaju Kenkyusho), an experimental botanical laboratory, that explores the relationship between humans and plants on a global scale. Azuma visualizes his research findings and insights  with the help of sculptures and performances. For these he chooses dramatic settings such as deserts, deep oceans, arctic conditions, and stratospheric altitudes where the eternal life cycle of blooming, fading and dying is expressed even more dramatically.

Roland Hagenberg (born 1955) grew up in Vienna, where he published the literary magazine “Die Klinge” featuring works by Robert Menasse, Friederike Mayröcker, Ernst Jandl and Elfriede Czurda among others. During the 1980s he lived in New York where he documented the art world for international magazines. His photographs of Jean-Michel Basquiat are still widely published and exhibited, since they are the only ones depicting the late artist painting in his Crosby Street studio. Since 1993, Hagenberg has been living in Tokyo. His books on modern Japanese architecture have been published in English, Japanese and Chinese. 2010 he initiated the “Raiding Project” at the birthplace of Franz Liszt near Vienna to build experimental guest houses by Japanese architects.  In 2014 Hagenberg received the First Prize of the Austrian Tourism Board’s award for ‘Best Innovation’. His book Poems was published in 2017 and his theater play Jetlag for which he also wrote the music, premiered at Rationaltheater in Munich in 2018 and will go to Basel in 2021.