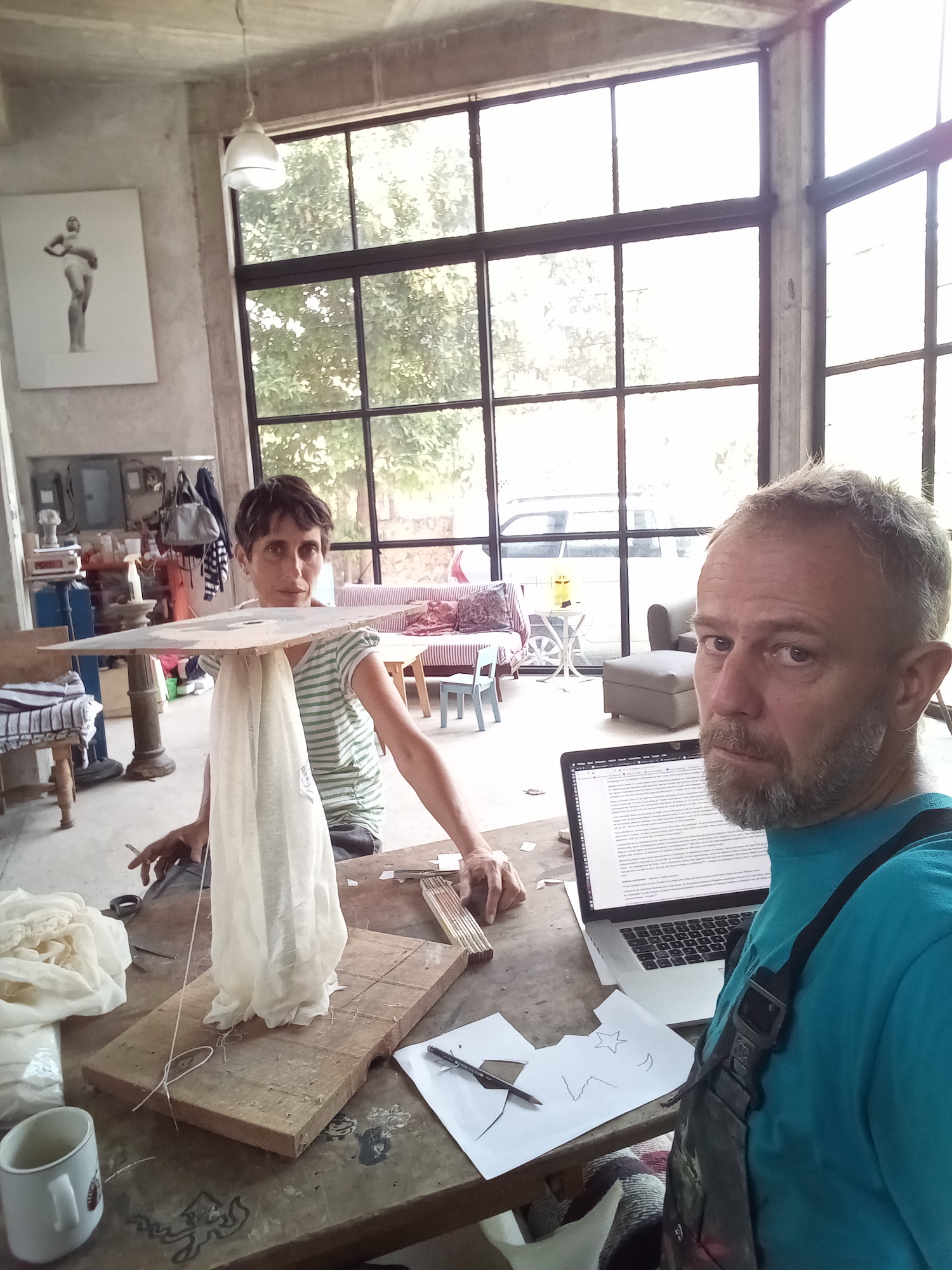 Lorena Herrera Rashid is a sculptor, Endy Hupperich is a painter. They both studied in Munich and have been living and working in Mexico since 2014. Sculpture and painting each speak their own language, and so far the two artists have pursued their own projects. For the project STOA they were invited to work together for the first time.
With their art, Lorena Herrera Rashid and Endy Hupperich take a critical look at the phenomena that we experience every day and that surround us: at the mass and uniformity in all areas, the bringing into line and flattening of the media, the overload of signs, the increase in artificiality, the unrestrained consumption and waste, global marketing, the loss of concentration, religiosity and substitute religions – and at the nostalgia facing everything that is disappearing ever faster. The different places and cultural spaces of their biographies play a central role in the linguistic and visual exchange between the two artists. Neither Herrera Rashid nor Hupperich simply take this world for granted. They do not escape it in illusions and dream worlds, but consciously look at it and question it again and again. Disrespectfully, but never aggressively or destructively, they take it apart, but rather work on it playfully. They turn to spent motives and have sympathy for broken characters. In their artistic practice, there are no limits, no fixations, no boundaries between high and low, between high art and trash, between the very big picture and the fragmentary shreds. The world is an overflowing, constantly changing, never perfect unity. Its bulky, unpleasant and unwieldy sides cannot be fought. They can only be accepted in a peaceful, playful way – to preserve their great diversity.