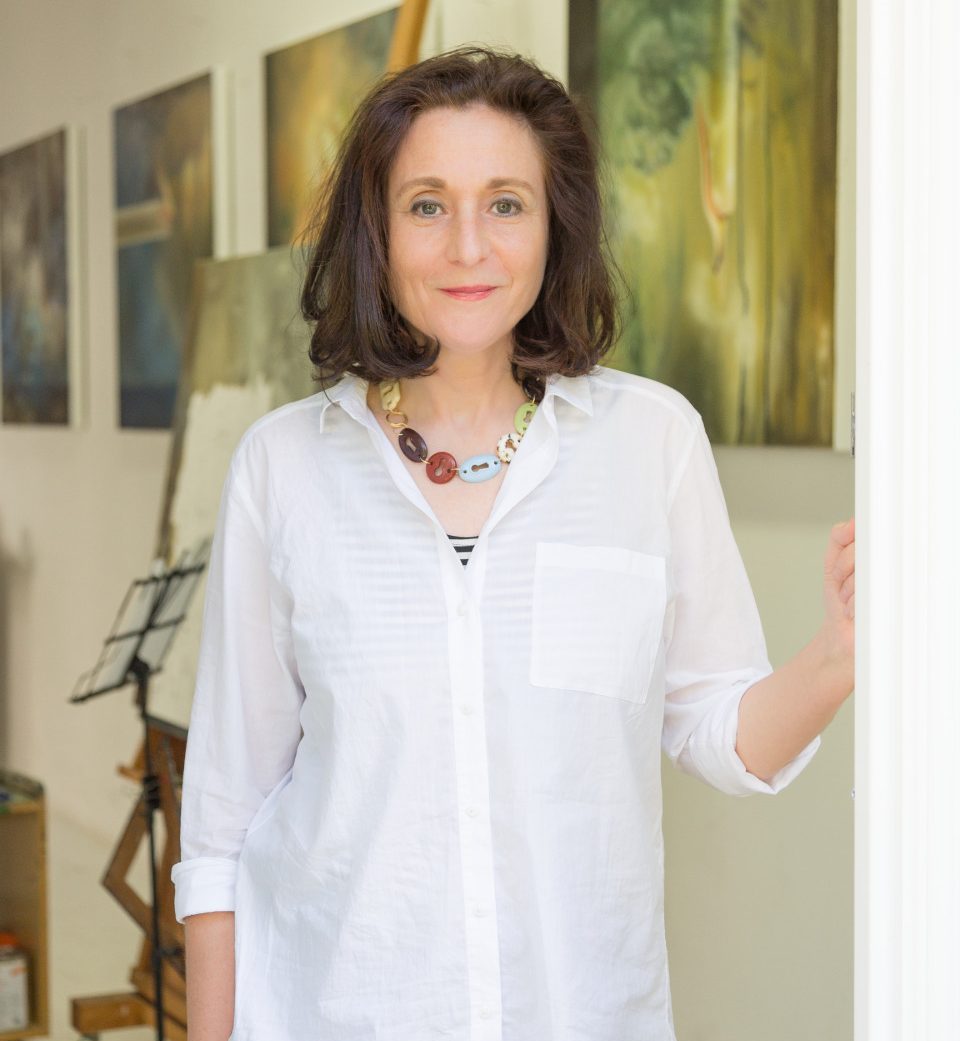 Karin Kneffel is one of the most important representatives of Neorealism. Kneffel studied philosophy and German literature  at University Münster and Universität Duisburg-Essen, followed by studies at the Art Academy Düsseldorf with Norbert Tadeusz and Johannes Brus and was a pupil of Gerhard Richter. Her photorealistic images combine realistic and surrealistic elements, among other things through the use of reflections and superimpositions.
She is a laureate of the Lingen Art Prize and the Helmut Kraft Foundation and has received numerous scholarships, including the Karl Schmidt-Rottluff Scholarship, the Scholarship of Stiftung Kunstfonds Bonn and the Villa Massimo Scholarship in Rome.
After visiting professorships at the Hochschule für Künste in Bremen and the Iceland University of the Arts in Reykjavik, she was professor of painting at University of the Arts Bremen (2000 to 2008 ) and holds a professorship at the Academy of Fine Arts Munich (since 2008).

“For me, painting is a grab handle that vanishes while your are grabbing it.” (Karin Kneffel, film edition)