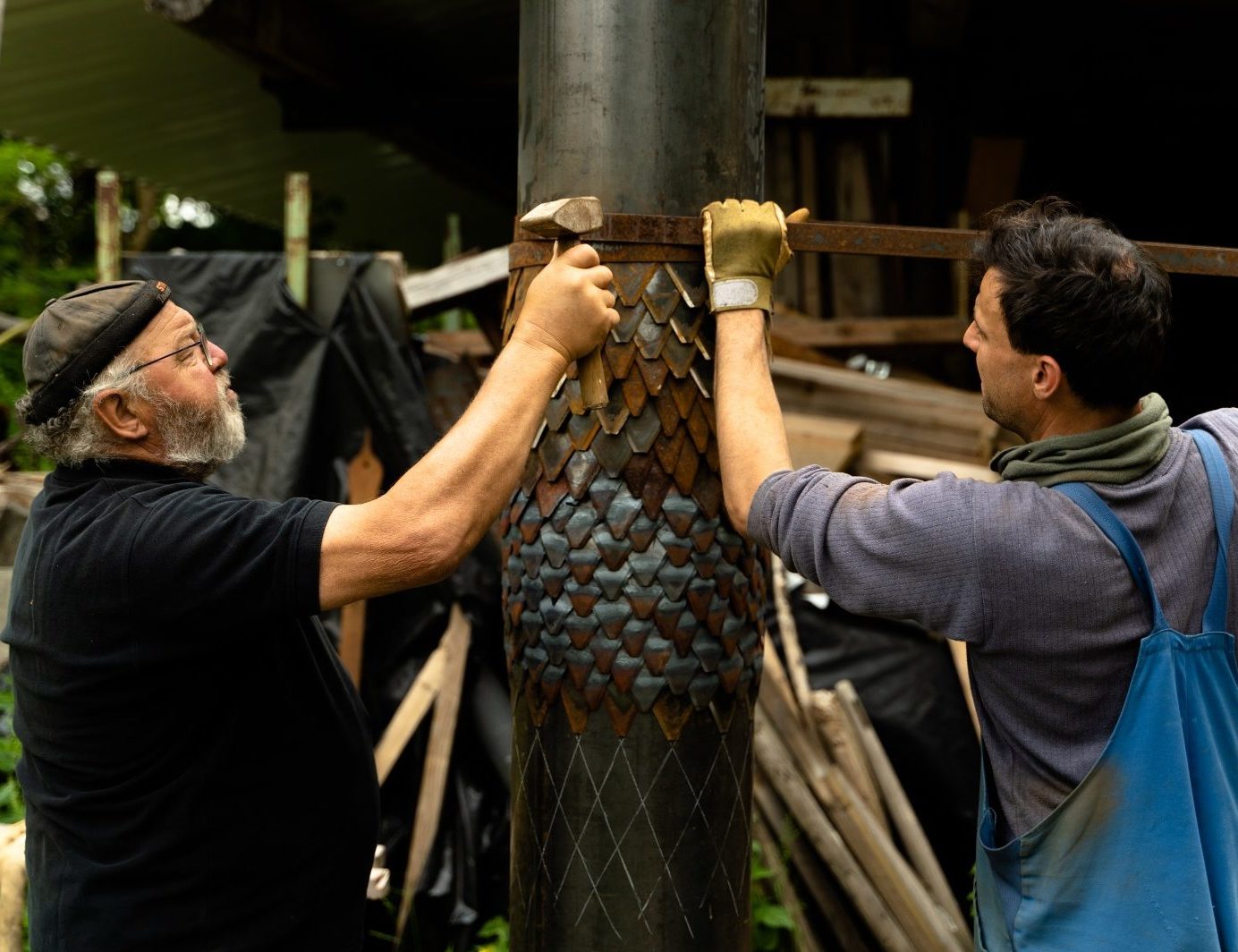 Johann Glas was born in Polling in 1950. With the transition of the family business to heating and sanitation in 1977, he broke with nine generations of blacksmith tradition. The preservation of the material from the Polling smithy for the “Iron Skin” column was able thanks to his foresight and passion.

Matthias Glas studied with Olaf Metzel at the AdBK-Munich and completed his studies in sculpture as a master student in 2014. Among other things, he received the Bavarian Art Promotion Prize in 2015. Hamman und von Mier Verlag published “The Chronology of the Cell” in 2014, “Fragments & Spin-off” + “Grid” in 2017. In 2019 he moved back to Polling, together with his family.