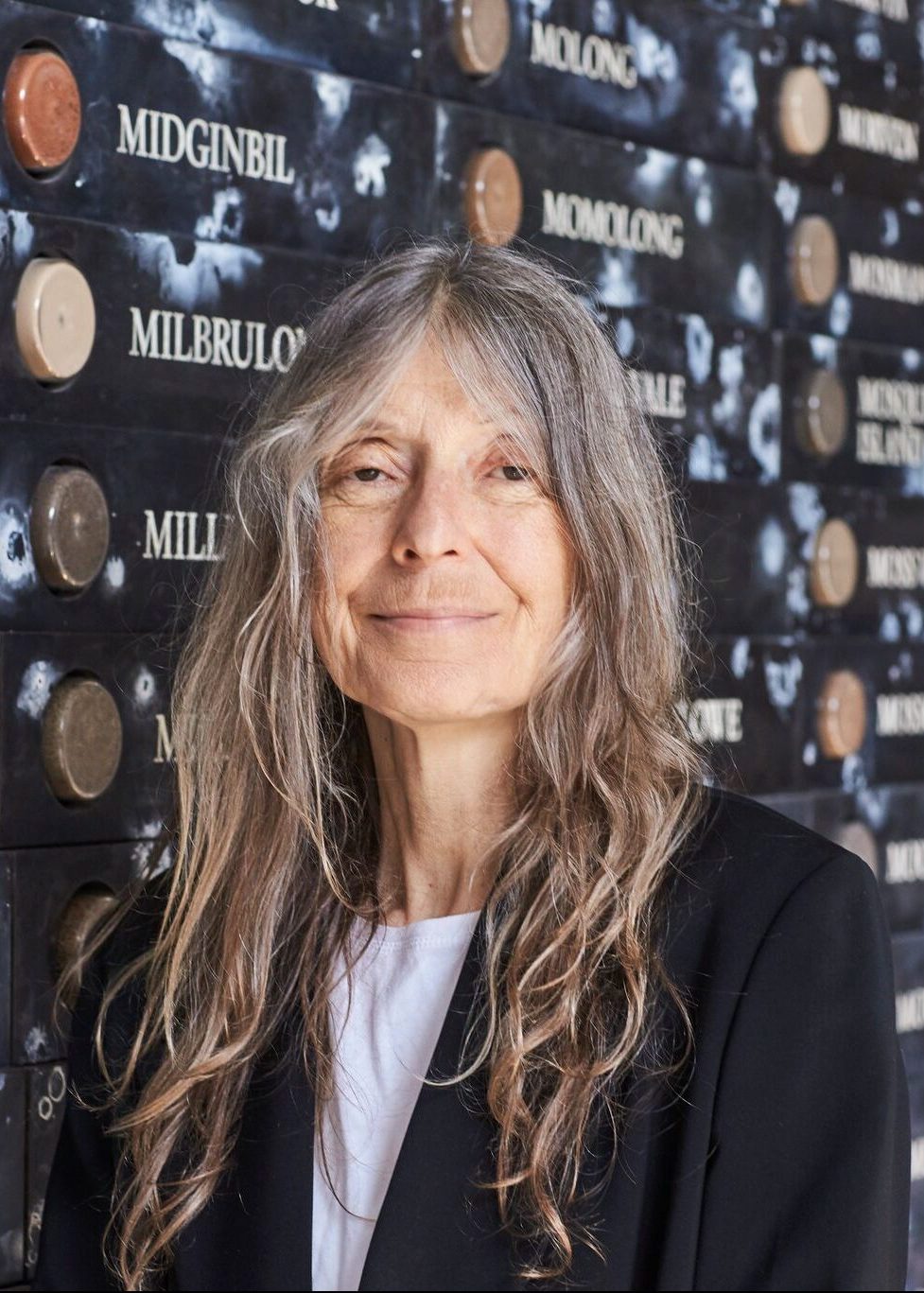 Fiona Hall has mounted numerous solo exhibitions and participated in many group exhibitions in Australia and internationally, and was the country’s representative at the Australian Pavilion of the 56th Venice Biennale in 2015 with the installation work “Wrong Way Time” (2012–15). Notable exhibitions include “Uneasy” Seasons, National Gallery of Victoria (2017); “Wrong Way Time”, National Gallery of Australia, Canberra (2016); Adelaide Biennial of Australian Art, Art Gallery of South Australia, Adelaide (2014); Australia, Royal Academy of Arts, London (2013); dOCUMENTA 13, Kassel, Germany (2012); Biennale of Sydney, Sydney (2000 and 2010); the 3rd Moscow Biennale of Contemporary Art, Moscow (2009); “DeOverkant/Downunder”, Den Haag Sculpture, Netherlands (2007); and “Prism: Contemporary Australian Art”, Bridgestone Museum, Tokyo (2006). Major retrospectives of Hall’s work have been held by Queensland Art Gallery | Gallery of Modern Art, Brisbane and the Art Gallery of South Australia, Adelaide (both 2005). Hall’s work has been collected by all the major Australian state museums. She has also completed a number of important public commissions in Sydney and Canberra in the past two decades. Her most recent commissions include All Along the Watch Towers, Centre d’arts et de nature, Chaumont-sur-Loire, France (2018). Her work for the Anzac War Memorial, Sydney opened in late 2018.

“My art, which encompasses different themes and materials, is turning increasingly towards the topical issues to do with the environment, politics and society, and reacting to these challenges. And yet my aim is to bring together various aspects of these themes in a way that is poetically provocative and not merely educational. (Domaine de Chaumont-sur-Loire, 2019)