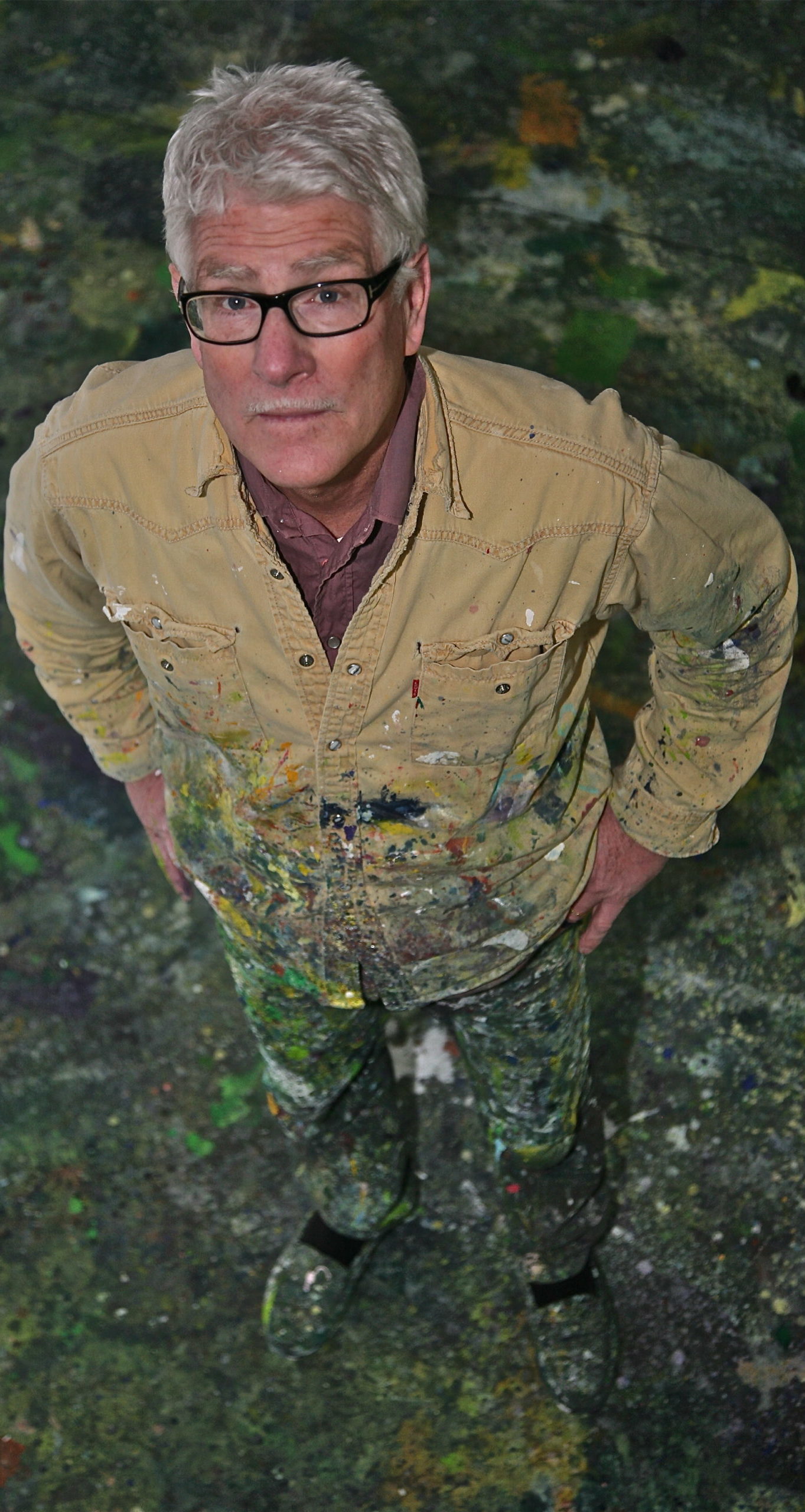 * 1948 in Planegg, Germany
lives in Polling/Oberbayern

Bernd Zimmer completed his education in business management and publishing in Munich from 1968 to 1970. In 1973 he moved to Berlin, where he studied philosophy and religious studies at the Freie Universität Berlin. Zimmer began painting in 1976, and he soon met Salomé and Helmut Middendorf, who were studying under the painter Karl Horst Hödicke. He worked as a cook in the restaurant Exil from 1976 to 1979, and in 1977, together with Rainer Fetting, Helmut Middendorf, and Salomé, he cofounded the Galerie am Moritzplatz, which operated until 1981. In 1984, Zimmer moved into a former monastery property in Polling, where he set up his studio. Zimmer took part in numerous exhibitions in Germany and abroad, including the legendary group exhibition “Heftige Malerei” in the Berlin’s Haus am Waldsee (1980) as well as “Rundschau Deutschland I” in the Künstlerwerkstatt Lothringer Straße 13, Munich (1981). His first solo exhibitions were held in the Barbara Gladstone Gallery in New York and the Yvon Lambert Gallery in Paris, both in 1981. These were followed by Zimmer’s first museum exhibition in 1982/83, held in the Museum Groningen in the Netherlands. The first overview of his woodcuts was held in the Museum Morsbroich in Leverkusen in 2001/02, and his Cosmos paintings were first presented in a large exhibition shown in the Kunsthalle Mannheim in 2006. In 2018/19 the Städtische Galerie Regensburg and the neue galerie museum in Kassel organised a retrospective of his paintings from the last twenty years. In recent years, Zimmer has worked intensively on the realisation of the non-profit STOA169 columned hall. As a student, Zimmer went on trips lasting several months to distant countries, where he became acquainted with foreign cultures. He travelled to Thailand, Laos, Burma, and Hong Kong in 1972; Mexico and the southern United States in 1975/76; Indonesia (Java, Bali, Lombok, Flores) in 1981; India (for the first time) in 1990; Libya in 1993/94; Polynesia (the Marquesas Islands) in 1995; Beijing and Shanghai on the occasion of his first exhibition in China in 1997; Namibia in 1998; Egypt in 1999; northern Russia and Syria in 2000; China (Urumqi, Yunnan, Guangxi) in 2010; Vietnam and Cambodia in 2011; and Chile in 2013. In 2016 he undertook two extended journeys to India to visit the Hindu pilgrimage sites of Varanasi and Khajuraho in southern India. This trip led him to revisit his concept for a columned hall and encouraged him to make a third trip to India in 2018/19 to visit the holy sites in Karnataka. Zimmer has received numerous prizes and awards, including the Karl Schmidt-Rottluff Scholarship (1979) and a grant from the Villa Massimo in Rome (1982/83). From 2007 to 2011 he served as the Chair of the University Council at the Academy of Fine Arts Munich.