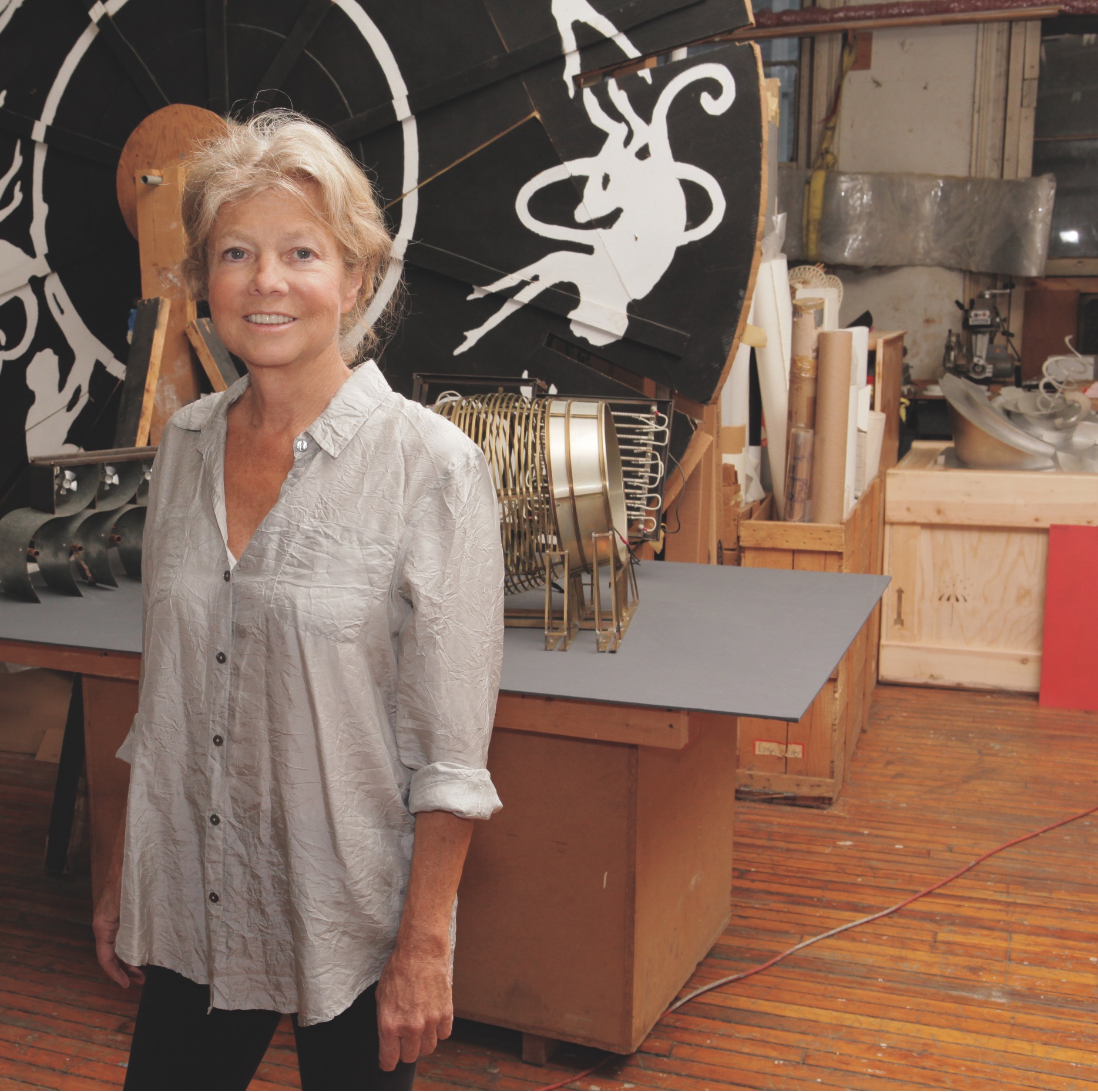 Alice Aycock’s works can be found in numerous collections including the Museum of Modern Art, the Whitney Museum, the Brooklyn Museum, the Louis Vuitton Foundation, the LA County Museum, the National Gallery of Art, the Sheldon Museum of Art, Storm King Art Center, Omi International Arts Center, and the Sprengel Museum in Hanover, Germany. MIT Press published the artist’s first hardcover monograph, entitled “Alice Aycock, Sculpture and Projects,” authored by Robert Hobbs. Her first retrospective was organized by the Wurttembergischer Kunstverein in Stuttgart in 1983 and traveled to Köln, Marl, Den Haag, and Luzern. The 1990 retrospective was organized by the Storm King Art Center in Mountainville, NY. In 2013, a retrospective of her drawings and small sculptures was exhibited at the Parrish Art Museum in Water Mill, New York coinciding with the Grey Art Gallery in New York City. In 2014, a series of seven sculptures were installed in New York City, entitled Park Avenue Paper Chase, in collaboration with Galerie Thomas Schulte, Berlin. A retrospective of works from 1971 through 2019 was exhibited at the Sprengel Museum in Hannover, Germany in the summer of 2019. Six large-scale sculptures were exhibited at the Royal Djurgården in Stockholm, Sweden in 2020. photo © Kristine Larsen