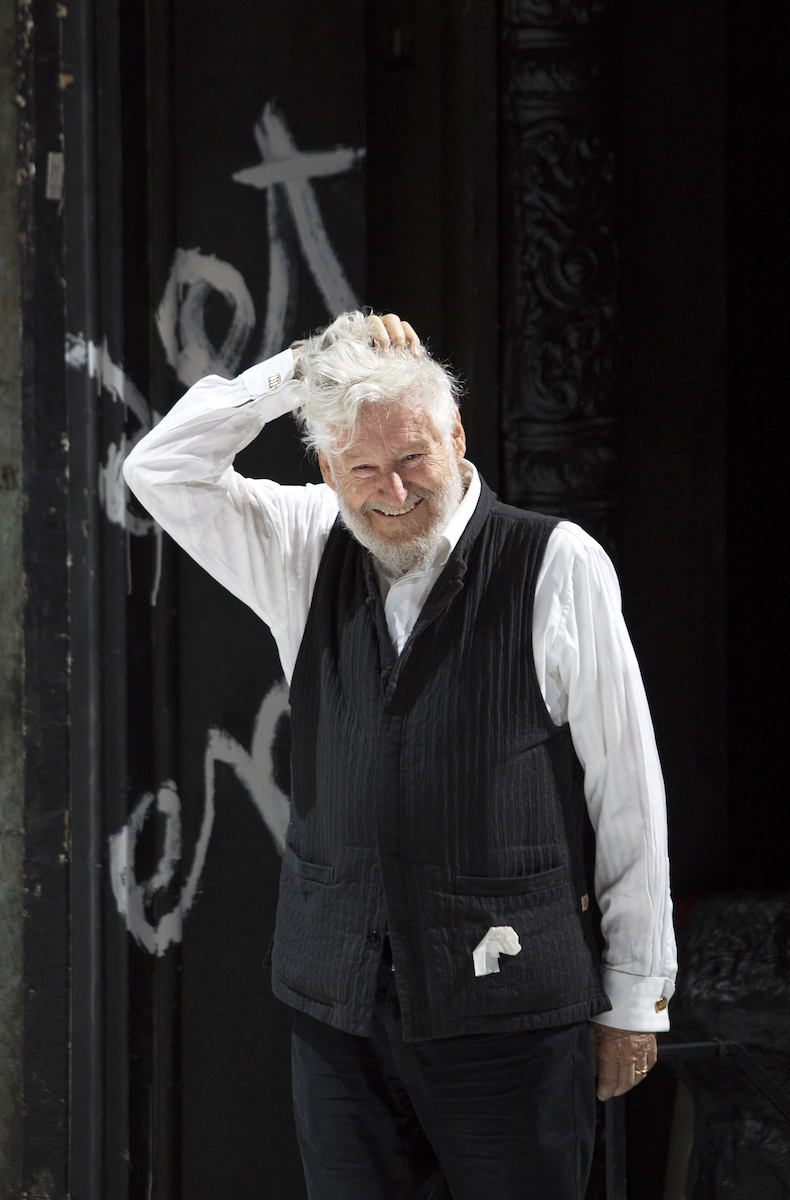 * 1934 in Berlin, Germany lives in Berlin   Achim Freyer, changed his career after an apprenticeship as a painter to become engaged in theatre where he became a student of Bertolt Brecht at the Berliner Ensemble. In his early years, he was working as a set and costume designer until he moved to West Berlin in 1972 where he worked as a director. His productions and set designs, set in theatres all over Germany, Europe and the USA gained international approval and many different awards. In 1988 he created the Freyer Ensemble in cooperation with actors, dancers, acrobats, musicians, singers, directors and stage designers. In the years between 1976 and 1999 Achim Freyer was a professor for stage design at the Universität der Künste Berlin (University of Arts Berlin). The celebrated artist always combined his free works as a painter with the arts of his stage designs. He was and is represented in numerous exhibitions such as the Kasseler documenta (1977 and 1987) and the Prager Quadriennale. In 2013 Achim Freyer opened the KUNSTHAUS der ACHIM FREYER STIFTUNG in his heritage-protected villa in Lichterfelde-West in Berlin.

“Parable is the mixing and blurring of the cultures of the world and their new integrations, which do not deny historical old layers but make them productive. To lead the place to itself, the individual in all, or is all the individual the sum of all?” (from: Achim Freyer. Pictures, exhibition text, 2019/2020, see https://www.achimfreyer.com/achim-freyer/)