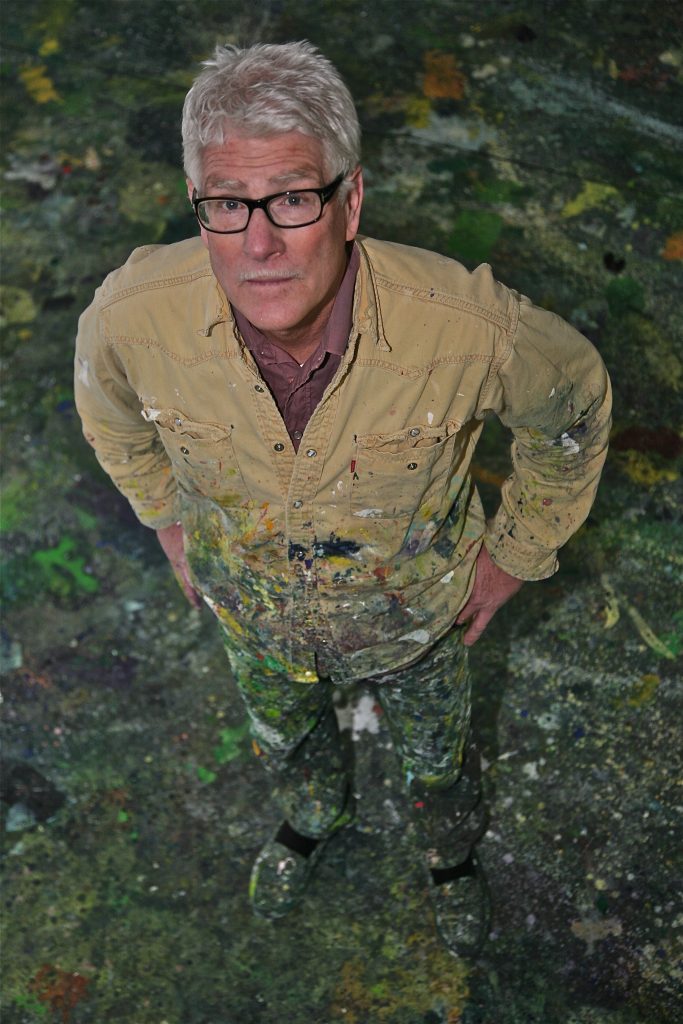 Bernd Zimmer, born in Planegg in 1948, is an internationally renowned and award-winning painter who became known as a co-founder of Berlin’s “Heftige Malerei”.

The STOA169 is Bernd Zimmer’s idea of a comprehensive work and at the same time a conceptual work that celebrates the visual arts in all their forms. At the same time, it unites essential influences that have influenced the artist’s life and work. In addition to an intense experience of nature, his greatest sources of inspiration are journeys through all parts of the world. It is no wonder that someone who constantly crosses borders finds it difficult to overestimate the differences between cultures. Zimmer emphasizes what cultures have in common, celebrating the diversity of the same and its different forms. The idea of uniting works of art from all over the world under one roof developed some 30 years ago as part of a journey to the shrines of the Hindu religion in southern India.

Bernd Zimmer was long established at that time: The trained publisher and later book designer decided to become a painter during a journey through Mexico and the South of the United States of America. Together with Rainer Fetting, Helmut Middendorf, Salomé and other artists, the philosopher and religious scholar founded the “Selbthilfegalerie am Moritzplatz” (selp-help-gallery) in Berlin in 1977. There, under the title “Heftige Malerei”, the artists exhibited colorful, expressive paintings through which they were to go down in art history as “Neue Wilde”.

In 1979 Bernd Zimmer received a scholarship from the Karl Schmidt Rottluff Foundation, and in the early eighties he spent two years in Rome at the invitation of Villa Massimo. His work is recorded in numerous books and catalogues, especially the catalogue of works by Bernd Zimmer – Bilder auf Leinwand shows the painter’s artistic development. 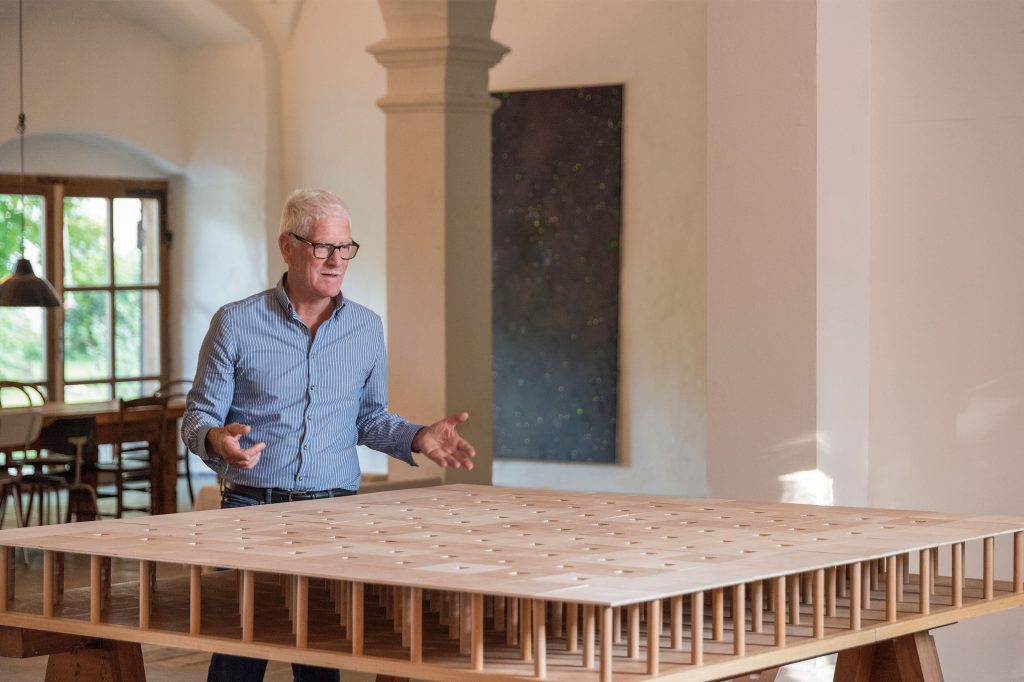 Bernd Zimmer has lived since 1984 in Polling, a village in Upper Bavaria shaped by monastic life and agriculture, but also by artists. He works in his home town and also runs studios in neighbouring Oberhausen and Emilia-Romagna. With the STOA169, Bernd Zimmer’s artistic work culminates in a synaesthetic, walk-in work of art that brings together a moment of international art history for future generations under one roof – in harmony with nature.

Further information on Bernd Zimmer can be found at: www.berndzimmer.com