We mourn the loss of Maragaret Baragurra

On behalf of the STOA169 Foundation, the Board of Trustees and the jury, we express our sincere condolences to Margaret’s family and friends. At the same time, we are glad that she and her work are part of STOA169. Due to worldwide travel restrictions, Margaret was unfortunately unable to attend the opening. With her column “Kaljarri” she will remain in our collective consciousness”, said Bernd Zimmer, initiator of STOA169.

Margaret was born in Kalpirti in the Great Sand Desert of West Australia. Her folk, the Yulparija, left their traditional land in the early 1970s when their existence was threatened by a severe drought. Margaret travelled with her family to the coastal town of Bidyadanga (then LeGrange Mission). Since Margaret began painting in 2003, her work has been highly acclaimed by critics and has been exhibited widely. She combines the traditional paintings of the Great Sand Desert with the vivid colours of the saltwater landscape where she lived until the end.
Portrait: Courtesy of Short St Gallery, Broome, WA 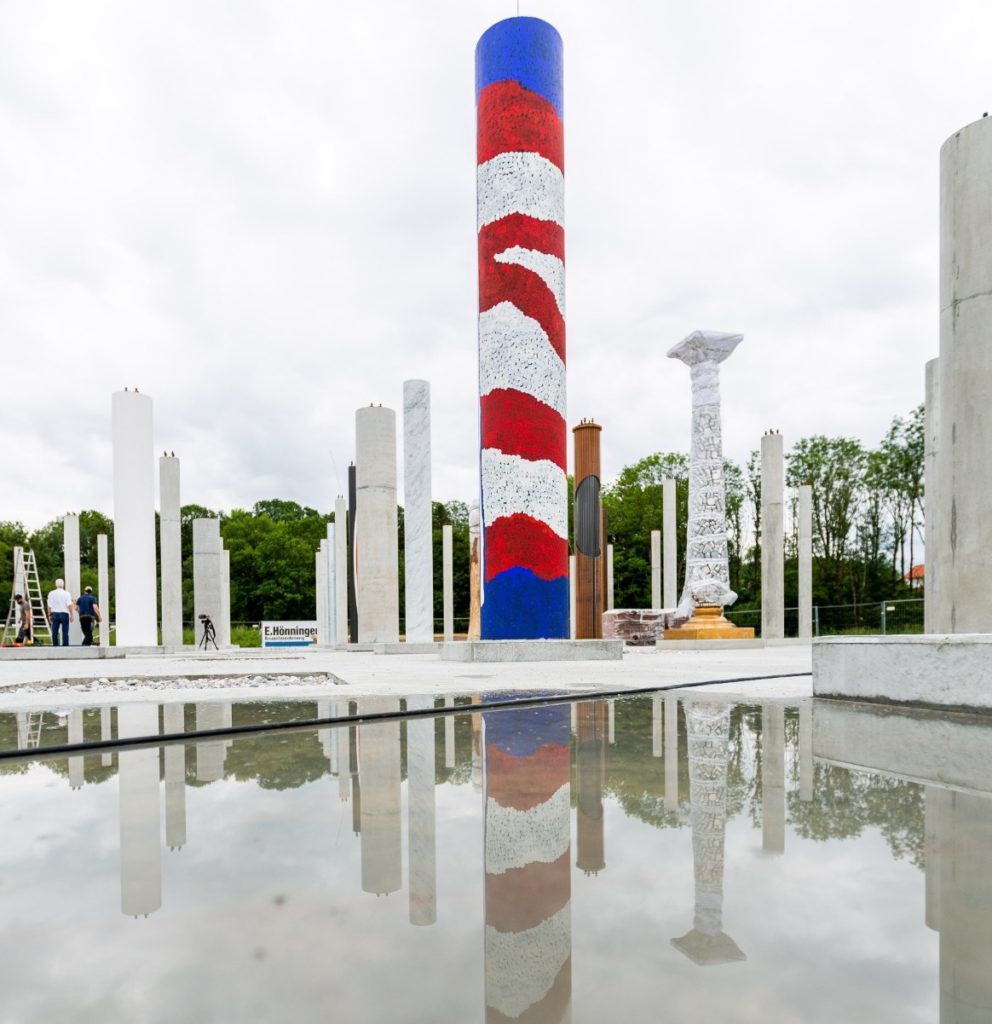