“In 2009 I started working on the resonance of radio waves, especially for my generation in Cuba. Radio was one of the only ways of breaking the isolation back then. Many of us during the 1980’s listened to the Florida radio stations broadcasting mainly music. My first work addressing this particular type of waves was titled ‘Waves inside my room’, and it was exhibited at Alexander and Bonin in New York in 2009. It took me another six years of research and practice to get to the idea of waves as a language in itself. In 2014 I did my first ‘translations’ using waves, and I did a series of paintings titled ‘The Book of Waves’. The series was later exhibited at Marlborough Contemporary, London, in 2015.
The meaning of the ‘Waves’ – after a few years of intense exploration – is a very wholesome one to me. The ‘Waves’ works give me the opportunity to reflect on a large number of matters and at the same time allows me to do it with apparent naivety, purity, and ease. Those are amongst the attributes that I consider at the highest point when I think of art in general. On the other hand, waves connect me with Cuba and my memories of it. They are a way of remembering, a way of joy. The colours are very important, too. They help me correctly translate the words I choose for each work. Colours work like language accents, they carry flavours and meaning. Their combinations are key to remembering.
These waves are a synonym for friendship. Walk around the column, look up, and think of these waves growing endlessly into the blue sky!” 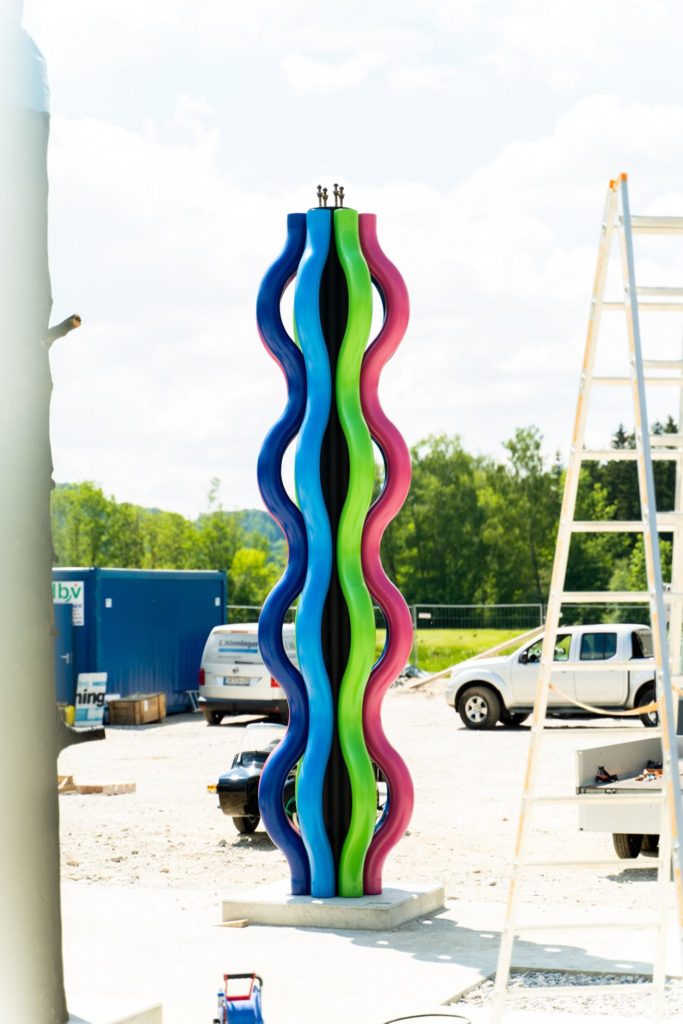