THE COLUMN OF POLLING IS CALLED “IRON SKIN”.

13 March 2020 – After the citizens of Pollingen were invited by the STOA169 Foundation in a public call on January 14, 2020, to make proposals for a pillar that is designed by the citizens themselves, the decision is now final. The STOA169 expert jury has chosen the design “Eisenhaut” (Iron Skin) by Johann Friedrich Glas and Matthias Johann Glas from Polling.

“Iron Skin” picks up on the passing on of handicraft traditions in the family. Thus, father and son Glas use materials such as tools, leaf springs, and horseshoes, which have been used in the family businesses since 1876. “However, the base and the chapter are to be designed along the lines of a Greek column,” explains Matthias Glas, who studied at the Academy of Fine Arts in Munich and was awarded the Bavarian Art Promotion Prize in 2015.

Jury member Franziska Leuthäußer, a former curator of the Städel Museum in Frankfurt, commented on the reasons for the choice: “We received many really good proposals from Polling. We chose the design by Matthias Glas, together with his father Johann Glas. His idea of decorating the column with historical testimonies from his grandfather’s forge is particularly convincing because family history and cultural history are brought together in an outstanding way. Of course, this presentation applies not only to the history of the forge in Tassilostrasse but also to every commitment that is made in Polling. Accordingly, we understand the column decorated by Matthias Glas to be representative of all other “Polling stories”.

Following the call for proposals for the design of the STOA169 “Polling Column”, a large number of suggestions and ideas were submitted to the STOA169 Foundation by the deadline of 23 February 2020. Other concepts included columns on “Thomas Mann”, “Faces of Polling”, “Division of Society”, “Hope for Reconciliation”, “Nature and Identity” and “Displaced Persons after 1945”. 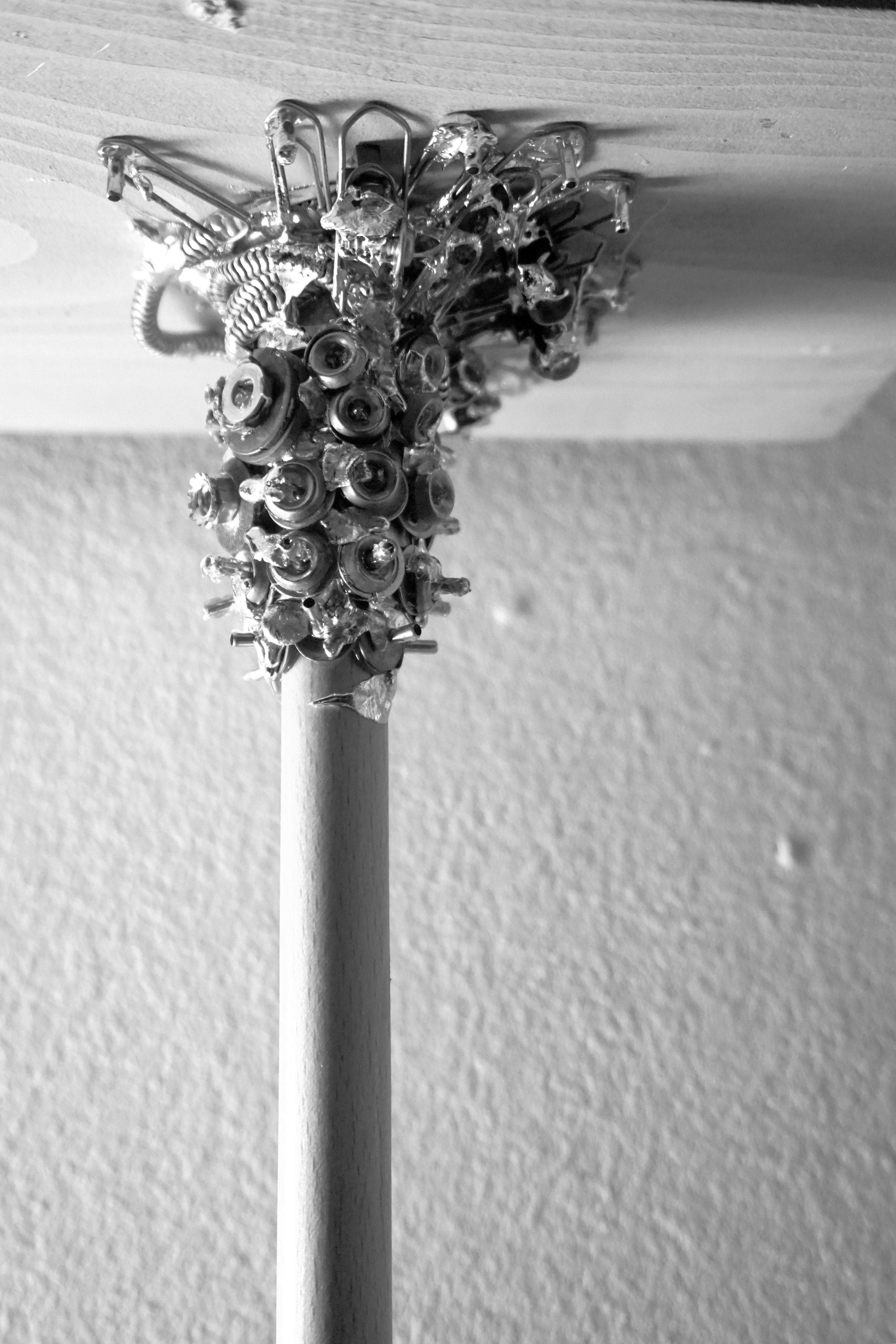